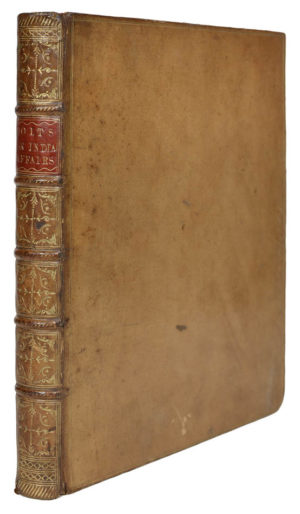 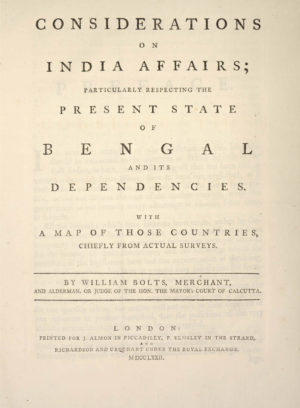 Considerations on India affairs; 96698 particularly respecting the present state of Bengal and its dependencies. With a map of those countries, chiefly from actual surveys. London, printed for J.Almon, 1772 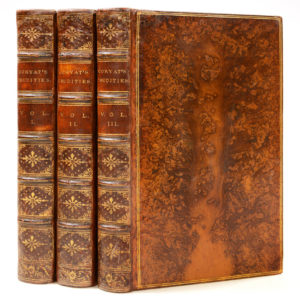 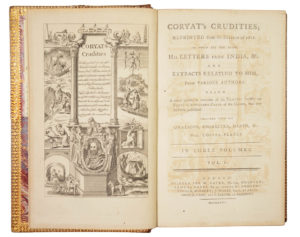 Coryat's Crudities; 82412 reprinted from the edition of 1611. To which are now added, his letters from India, &c. and extracts relating to him, from various authors: being a more particular account of his travels (mostly on foot) in different parts of the globe, than any hitherto published. Together with his orations, character, death, &c. ... London, printed for W. Cater; Samuel Hayes; J. Wilkie; and E. Easton, at Salisbury. 1776 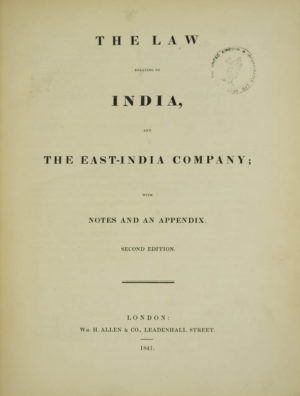 The Law relating to India, and the East-India Company;

The Law relating to India, and the East-India Company; 84678 with notes and an appendix. Allen, London 1841 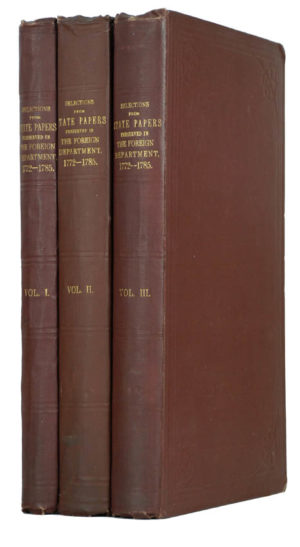 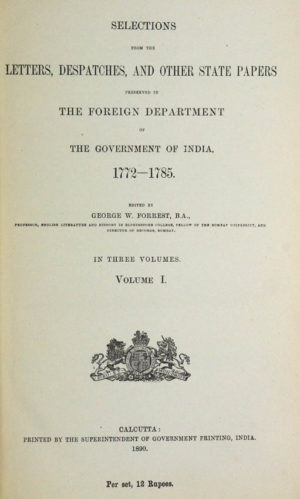 Selections from the letters, despatches, and other state papers

Selections from the letters, despatches, and other state papers 74124 preserved in the foreign department of the government of India, 1772-1785. Superintendent of Government Printing, Calcutta 1890 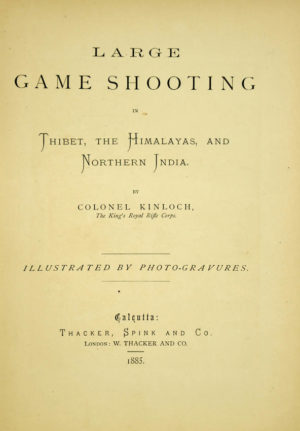 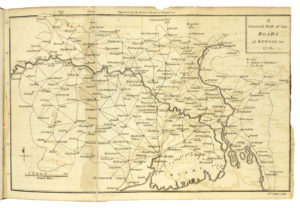 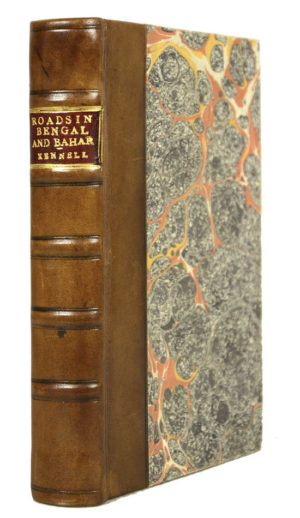 A description of the roads in Bengal and Bahar.

A description of the roads in Bengal and Bahar. 90780 Containing I. The direct roads from Calcutta to all the cities, Towns, and Places of Note in Bengal and Bahar; shewing the measured Distances between the Stages, and the Number and Situation of the Fords and Ferries that are to be crossed. II. III. IV. The direct roads from the three other principal cities, viz. Moorshedabad, Patna, and Dacca; arranged in the same Manner. V. The cross roads from the subordinate Military Stations and Factories, to all the Places of Note within their respective Neighbourhoods: with an index. By James Rennell, late Major of Engineers an Surveyor General to the Honourable the East India Company. [London], Printed by order of the Honourable the Court of Directors of the said company, 1778 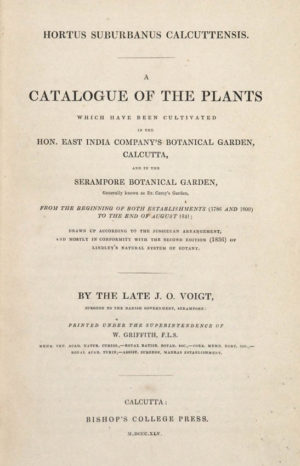 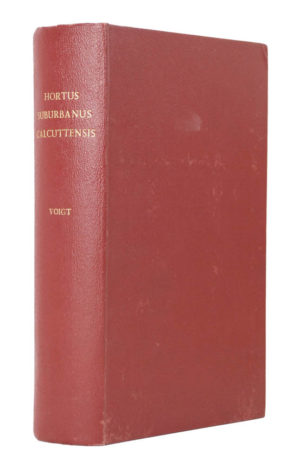 Hortus suburbanus Calcuttensis. 68119 A catalogue of the plants which have been cultivated in the Hon. East India Company's Botanical Garden, Calcutta, and in the Serampore Botanical Garden, generally known as Dr. Carey's Garden, from the beginning of both establishments (1786 and 1800) to the end of August 1841 ... Calcutta, Bishop's College Press, 1845