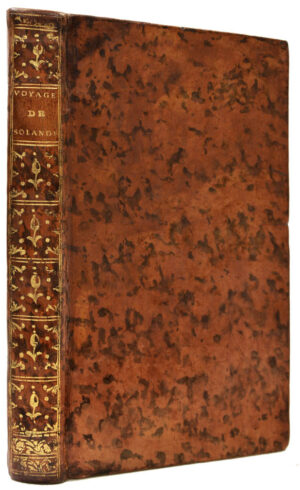 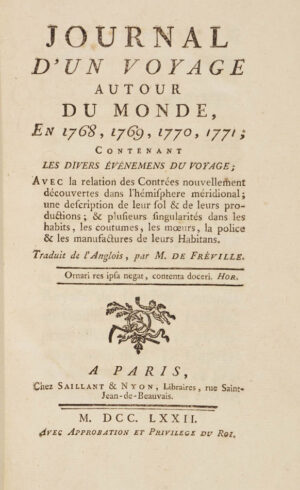 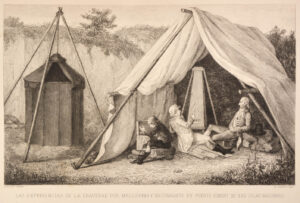 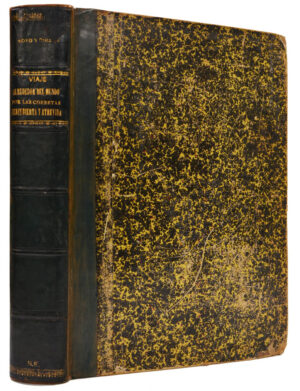 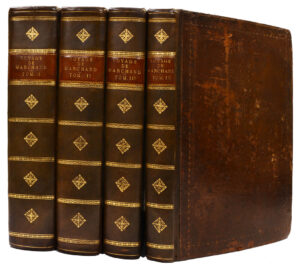 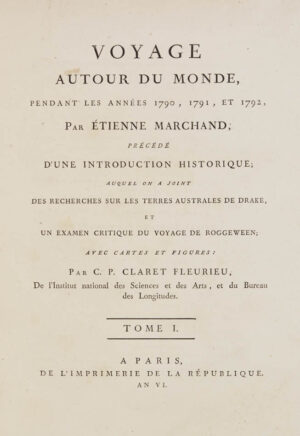 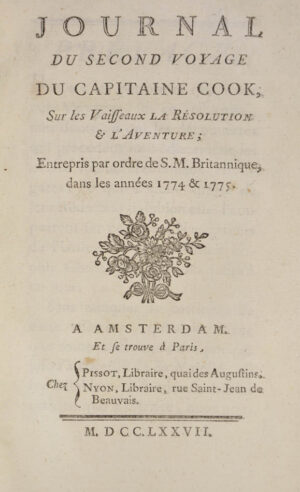 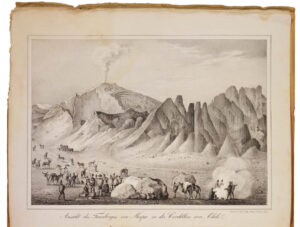 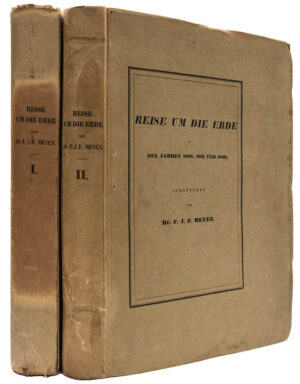 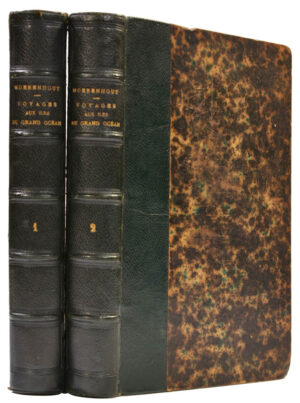 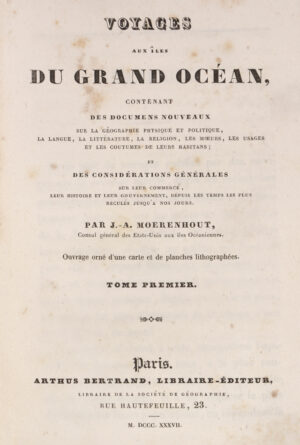 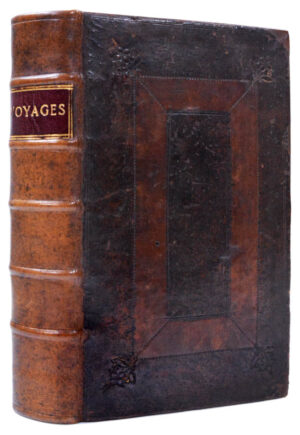 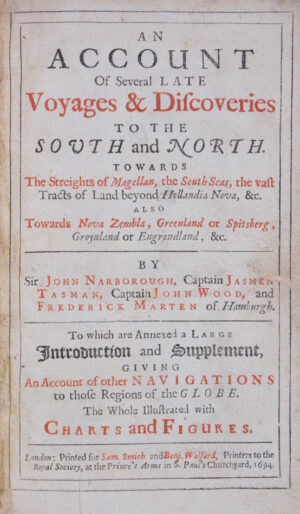 An account of several late voyages & discoveries to the south and north.

An account of several late voyages & discoveries to the south and north. 98594
Towards the Streights of Magellan, the South Seas, the vast tracts of land beyond Hollandia Nova, &c. Also towards Nova Zembla, Greenland or Spitsberg, Groynland or Engrondland, &c. By Sir John Narborough, Captain Jasmen Tasman, Captain John Wood, and Frederick Marten of Hamburgh. To which are annexed a large introduction and supplement, giving an account of other navigations to those regions of the globe. The whole illustrated with charts and figures.
London, printed for Sam. Smith and Benj. Walford, printers to the Royal Society, at the Prince's Arms in S. Paul's Churchyard, 1694 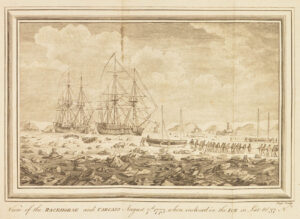 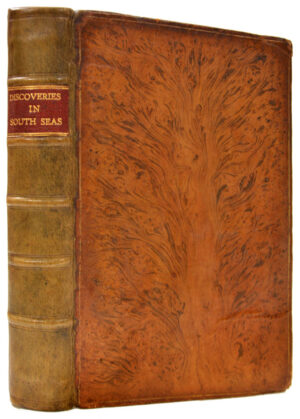 New Discoveries concerning the World and its Inhabitants.

New Discoveries concerning the World and its Inhabitants. 98522
In two parts. Part I. Containing a circumstantial account of all the islands in the South-Sea, that have been lately discovered or explored; the Situation, Climate, and Soil of each; their natural Productions, including many Species of Animals and Vegetables hitherto unknown; the Persons, Dresses, extraordinary Manners and Customs, Manufactures, Buildings, Government, and Religion of the various Inhabitants; their domestic Utensils, and Weapons of War; their Ingenuity, mental Endowments, Skill in Navigation, and other Arts and Sciences. Comprehending all the Discoveries made in the several Voyages of Commodore (now Admiral) Byron; Captains Wallis, Carteret, and Cook, Related by Dr. Hawkesworth, Sydney Parkinson, Mr. Forster, and Captain Cook. Together with those of M. De Bougainville. The Whole compared with the Narratives of former celebrated Navigators, viz. Mendoza, Quiros, Tasman, Le Maire, Schouten, Dampier, Roggewein, Anson, and Others. Part II. Containing a summary account of Captain Cook's attempts to discover a southern continent, in 1773, 1774, and 1775. Also the Voyage of the Honourable Constantine John Phipps, (now Lord Mulgrave) towards the North-Pole, in 1773. With Maps and Prints.
London, J. Johnson, 1778 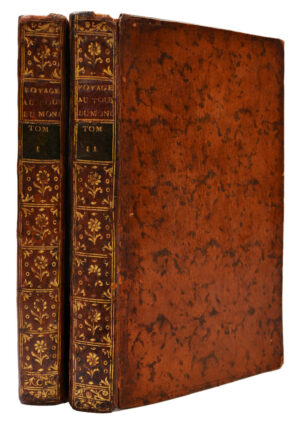 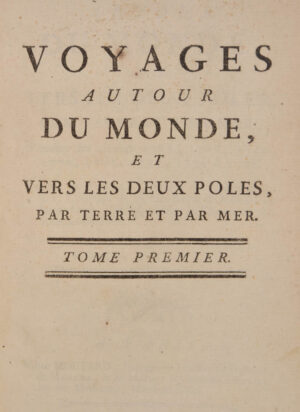 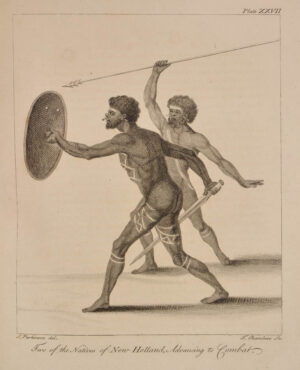 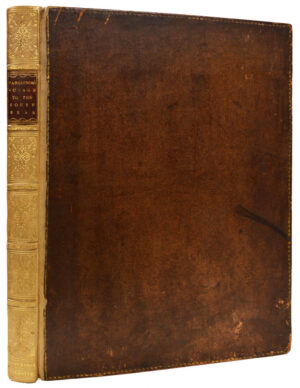 A Journal of the Voyage to the South Seas,

A Journal of the Voyage to the South Seas, 98384
in His Majesty's ship, the Endeavour. Faithfully transcribed from the Papers of the Late Sydney Parkinson, Draughtsman to Joseph Banks, esq. on his Late Expedition with Dr. Solander, round the World. Embellished with Views and Designs, delineated by the Author, and engraved by Capital Artists.
London, for Stanfield Parkinson, the Editor, 1773